The Swedish foundation Young Nordic Music (UNM) makes out one part of a Nordic umbrella organization where every country has their own board. The UNM festival, comprising new music from young artists with a connection to the North, is organized yearly. It is an event that each of the five Nordic countries take turns in hosting, which means the festival takes place in a different country every year.

The UNM festival is a platform for new music by artists up to 30 years of age. The works performed in the festival are selected through a Call for Works announced by the Nordic countries respectively, to which you as an artist can apply until the year you turn 31. Specific criterion is announced with the Call for Works for every new application period. Seven works from each of the Nordic countries are selected through the Call for Works by an independent jury in every country. That creates an extensive program with a total of 35 works being performed in the festival together with workshops and lectures often given by guest composers. The event usually takes place during the last week of August each year.

Every fifth year Sweden stands as hosts for the UNM festival. That means the current board takes care of engaging venues, ensembles and soloists as well as arranging for sound systems and technical equipment for the 35 pieces selected for the festival. The board also organizes for accommodation of the participating artists.

The UNM festival dates back as far as 1946 when it first took place. UNM is a nonprofit organization and the people involved in the making of the festival works on a volunteer basis.

The five UNM boards assembles twice a year in an Internordic Comittee (INC) meeting. The INC meeting is held in order for the boards to reflect upon and evaluate previous festivals with the purpose of learning when planning for the coming one. Since the activities of each UNM board is mostly decided upon by each country respectively, INC is important for discussing the general organization of UNM and for making decisions that concerns all of the involved countries, such as criterion for the Call for Works and methods of inclusivity, for example gender quota. 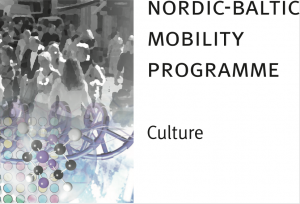